The world’s leading producer of camera drones, DJI has demonstrated a technique to gather information about a nearby drone, precisely locating its pilot through a smartphone.

It employs a protocol called “Wi-Fi Aware”, which makes the information about nearby drones available to anyone looking up for flying drones. The company said it would increase ” safety, security, and peace of mind”, along with preventing disruptions and security threats. However, the idea is being dismissed by security experts as they are of the opinion that it is not sufficient to fight illegal drone use and that the sophisticated hackers would easily manage to bypass the detection. With ransomware emerging as a service and being easily available, it’s reasonable to expect hackers finding ways to circumvent the DJI’s protocol. As a result, concerns have been raised regarding the viability of this “drone-to-phone remote identification” tool.

While substantiating the proposed idea, Brendan Schulman, VP of policy and legal affairs at DJI, said, “Remote ID functions as an electronic license plate for drones, allowing anyone who is curious about a drone in the sky to learn more about what it’s doing.”

“Around the world, aviation authorities have said remote ID is the key to allowing more complex drone use, and to solving concerns about safety and security.” He added. “It’s going to be very useful against rogue drones,” said Elrike Franke, a policy fellow at the European Council on Foreign Relations, in a conversation with the BBC.

“But it’s not going to be enough to fight people with real bad intentions, because these are going to be the first people to hack this system.”

Further explaining the model, the company said, “Using a simple app, anyone within radio range of the drone can receive that signal and learn the location, altitude, speed, and direction of the drone, as well as an identification number for the drone and the location of the pilot.”

However, the proposed app is not expected to be seen anytime soon due to the lack of Wi-Fi protocol compatibility with advanced smartphones. Currently, it also does not work on iPhones. 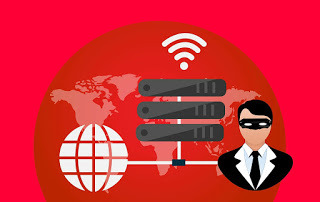