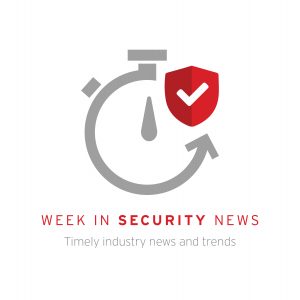 Welcome to our weekly roundup, where we share what you need to know about the cybersecurity news and events that happened over the past few days. This week, learn about how an adware family known primarily for distributing browser hijackers, Linkury, has been caught distributing malware. Also, read about a newly uncovered strain of the Glupteba trojan.

Trend Micro recently encountered a variant of the Glupteba trojan and reported its attacks on MikroTik routers and updates on its command and control (C&C) servers. The use of ManageX, a type of modular adware that Trend Micro has recently analyzed, is notable in this newly uncovered strain as it aims to emphasize the modularity and the cross-platform features of Glupteba as seen through its code analysis.

Security researchers have been tracking a phishing campaign that abuses Microsoft Office 365 third-party application access to obtain specific resources from victims’ accounts. The attacker, dubbed TA2552, mostly uses Spanish-language lures and a narrow range of themes and brands. These attacks have targeted organizations with a global presence but seem to choose victims who likely speak Spanish, according to a report from Proofpoint researchers.

A new report from HackerOne presents data suggesting that the bug bounty business might be recession-proof, citing increases in hacker registrations, monthly vulnerability disclosures and payouts during a pandemic-induced economic downturn. Brian Gorenc, senior director of vulnerability research and director of Trend Micro’s Zero Day Initiative program, shared that he’s seen bug bounty activity increase with ZDI publishing 1,045 vulnerability advisories in all of 2019 and 1,235 already in 2020.

Identity Fraud: How to Protect Your Identity Data, Accounts and Money During the Coronavirus Crisis

We’ve all been spending more time online since the pandemic hit, and as a result we’re sharing more personal and financial information online with each other and with organizations. Unfortunately, as ever, there are bad guys around every digital corner looking for this. Personally identifiable information (PII) is the currency of internet crime, and cyber-criminals will do whatever they can to get it.

An adware family known primarily for distributing browser hijackers has been caught distributing malware, security researchers said at the Virus Bulletin 2020 security conference. Its main method of distribution is the SafeFinder widget, a browser extension ironically advertised as a way to perform safe searches on the internet. K7 researchers say that in recent cases they analyzed, the SafeFinder widget has now also begun installing legitimate malware, such as the Socelars and Kpot infostealer trojans.

A new variant of the InterPlanetary Storm malware has been discovered, which comes with fresh detection-evasion tactics and now targets Mac and Android devices (in addition to Windows and Linux, which were targeted by previous variants of the malware). Researchers say the malware is building a botnet with a current estimated 13,500 infected machines across 84 countries worldwide – and that number continues to grow.

More Americans Share Social Security, Financial and Medical Information than Before the Pandemic

A new survey has shown that consumer willingness to share more sensitive data – social security numbers, financial information and medical information – is greater in 2020 than in both 2018 and 2019. According to the NYC-based scientific research foundation ARF’s (Advertising Research Foundation) third annual privacy study, contact tracing is considered a key weapon in the fight against COVID-19.