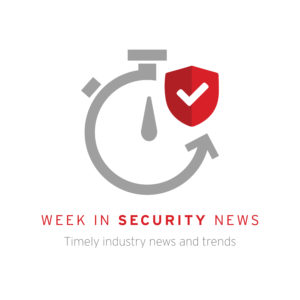 Welcome to our weekly roundup, where we share what you need to know about the cybersecurity news and events that happened over the past few days. This week, learn about how cybercriminals are passing the time during the COVID-19 pandemic with online poker games, where the prizes include stolen data. Also, read about how VirusTotal now supports Trend Micro ELF Hash (aka telfhash).

Cybercriminals have put their own spin on passing time during the COVID-19 lockdown with online rap battles, poker tournaments, poem contests, and in-person sport tournaments. The twist is that the prize for winning these competitions is sometimes stolen data and tools to make cybercrime easier, according to new research from Trend Micro.

Becoming an Advocate for Gender Diversity: Five Steps that Could Shape Your Journey

Sanjay Mehta, senior vice president at Trend Micro, was recently named a new board member at Girls In Tech—a noted non-profit and Trend Micro partner working tirelessly to enhance the engagement, education, and empowerment of women in technology. In this blog, Sanjay shares five steps that you can use to become an ally for diversity in the workplace.

In this month’s Patch Tuesday update, Microsoft pushed out fixes for 87 security vulnerabilities – 11 of them critical – and one of those is potentially wormable. There are also six bugs that were previously unpatched but publicly disclosed, which could give cybercriminals a leg up — and in fact at least one public exploit is already circulating for this group.

To help IoT and Linux malware researchers investigate attacks containing Executable and Linkable Format (ELF) files, Trend Micro created telfhash, an open-source clustering algorithm that helps cluster Linux IoT malware samples. VirusTotal has always been a valuable tool for threat research and now, with telfhash, users of the VirusTotal Intelligence platform can pivot from one ELF file to others.

File attachments sent in recent Emotet campaigns show a message claiming to be from the Windows Update service, telling users that the Office app needs to be updated. Naturally, this must be done by clicking the Enable Editing button. According to the Cryptolaemus group, since yesterday, these Emotet lures have been spammed in massive numbers to users located all over the world.

Trend Micro recently observed an interesting payload deployment using the Metasploit Framework (MSF) against exposed Docker APIs. The attack involves the deployment of Metasploit’s shellcode as a payload, and researchers said this is the first attack they’ve seen using MSF against Docker. It also uses a small, vulnerability-free base image in order for the attack to proceed in a fast and stealthy manner.

Barnes & Noble Warns Customers It Has Been Hacked, Customer Data May Have Been Accessed

American bookselling giant Barnes & Noble is contacting customers via email, warning them that its network was breached by hackers, and that sensitive information about shoppers may have been accessed. In the email to customers, Barnes & Noble says that it became aware that it had fallen victim to a cybersecurity attack on Saturday, October 10th.

Trend Micro researchers found ContentProvider path traversal vulnerabilities in three apps on the Google Play store, one of which had more than 5 million installs. The three applications include a keyboard customization app, a shopping app from a popular department store, and the app for the European Society of Cardiology (ESC). Fortunately, the keyboard and department store apps have both been patched by developers. However, as of writing this blog, the ESC app is still active.

Hackers accessed personal information of guests, employees and crew of three cruise line brands and the casino operations of Carnival Corp. in a ransomware attack the company suffered on Aug. 15, officials have confirmed. Carnival Cruise Line, Holland America Line and Seabourn were the brands affected by the attack, which Carnival said they’re still investigating in an update on the situation this week.

Docker Content Trust: What It Is and How It Secures Container Images

Docker Content Trust allows users to deploy images to a cluster or swarm confidently and verify that they are the images you expect them to be. In this blog from Trend Micro, learn how Docker Content Trust works, how to enable it, steps that can be taken to automate trust validation in the continuous integration and continuous deployment (CI/CD) pipeline and limitations of the system.

A simple phone scam was the key first step in the Twitter hack that took over dozens of high-profile accounts this summer, New York regulators say. The hackers responsible for the July 15 attack called Twitter employees posing as company IT workers and tricked them into giving up their login credentials for the social network’s internal tools, the state’s Department of Financial Services said.

What is a DDoS Attack? Everything You Need to Know About Distributed Denial-of-Service Attacks and How to Protect Against Them

A distributed denial-of-service (DDoS) attack sees an attacker flooding the network or servers of the victim with a wave of internet traffic so big that their infrastructure is overwhelmed by the number of requests for access, slowing down services or taking them fully offline and preventing legitimate users from accessing the service at all. DDoS attacks are one of the crudest forms of cyberattacks, but they’re also one of the most powerful and can be difficult to stop.

The post This Week in Security News: Cybercriminals Use Stolen Data and Hacking Tools as Prizes in Poker Games and Rap Battles and VirusTotal Now Supports Trend Micro ELF Hash appeared first on .