Social media giant Facebook this week announced that it has paid out more than $11.7 million in bug bounties since 2011.

To date, more than 50,000 researchers signed up for the company’s bug bounty program, and approximately 1,500 of them, from 107 countries, have received a bug bounty reward, the company says. 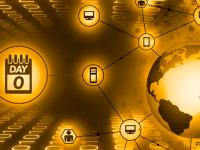 US, Estonia Partnered to Search Out Cyber Threat From Russia