Kaspersky researchers spotted a new variant of the XCSSET Mac malware that compiled for devices running on Apple M1 chips.

XCSSET is a Mac malware that was discovered by Trend Micro in August 2020, it was spreading through Xcode projects and exploits two zero-day vulnerabilities to steal sensitive information from target systems and launch ransomware attacks.

According to Trend Micro, the threat allows stealing data associated with popular applications, including Evernote, Skype, Notes, QQ, WeChat, and Telegram. The malware also allows attackers to capture screenshots and exfiltrate stolen documents to the attackers’ server. The malware also implements ransomware behavior, it is able to encrypt files and display a ransom note.

The malware is also able to launch universal cross-site scripting (UXSS) attacks in an effort to inject JavaScript code into the browser while visiting specific websites and changing user’s browser experience. This behavior allows the malicious code to replace cryptocurrency addresses, and steal credentials for online services (amoCRM, Apple ID, Google, Paypal, SIPMarket, and Yandex) and payment card information from the Apple Store.

Trend Micro discovered two Xcode projects injected with the XCSSET Mac Malware, one on July 13 and one on July 31.

This week, Kaspersky has discovered a new variant of XCSSET compiled for devices with M1 chips.

“While exploring the various executable modules of XCSSET, we found out that some of them also contained samples compiled specially for new Apple Silicon chips. For example, a sample with the MD5 hash sum 914e49921c19fffd7443deee6ee161a4 contains two architectures: x86_64 and ARM64.” states the report published by Kaspersky.

“The first one corresponds to previous-generation, Intel-based Mac computers, but the second one is compiled for ARM64 architecture, which means that it can run on computers with the new Apple M1 chip.”

In January, the popular security researcher Patrick Wardle discovered one of the first malware designed to target M1 chips, it is a variant of the Pirrit adware specifically compiled for the new generation of Apple chips.

According to data shared by Malwarebytes, as of February 17, Silver Sparrow had already infected 29,139 macOS endpoints across 153 countries. Most of the infections were observed in Canada, France, Germany, the United Kingdom, and the United States.

At the time of this writing, it is not clear which is the final payload that threat actors behind the Silver Sparrow adware intend to deploy on the victim machines. Experts believe that this malware is the result of advanced and sophisticated adversaries.

Threat actors are focusing their efforts on developing threats to target the devices using the new Apple chip, Wardle pointed out that (static) analysis tools or antivirus engines face difficulties in analyzing ARM64 binaries, this is demonstrated by the fact that the detection rate for these malware is lower when compared to the Intel x86_64 version.

“With the new M1 chip, Apple has certainly pushed its performance and energy saving limits on Mac computers, but malware developers kept an eye on those innovations and quickly adapted their executables to Apple Silicon by porting the code to the ARM64 architecture.” Kaspersky concludes.

“We have observed various attempts to port executables not just among typical adware such as Pirrit or Bnodlero samples, but also among malicious packages, such as the Silver Sparrow threat and XCSSET downloadable malicious modules. This certainly will give a kickstart to other malware adversaries to begin adapting their code for running on Apple M1 chips.” 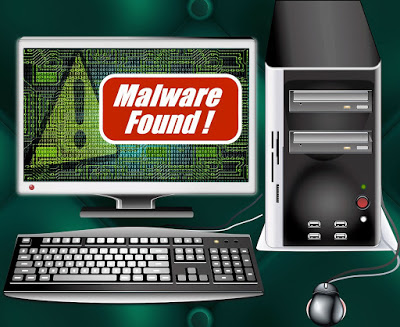 China-linked APT31 group was behind the attack on Finnish Parliament