The head of the Canada-based company Sky Global that provides encrypted communications, Jean-Francois Eap, has been indicted in the US on charges of facilitating international drug trafficking.

“A federal grand jury today returned an indictment against the Chief Executive Officer and an associate of the Canada-based firm Sky Global on charges that they knowingly and intentionally participated in a criminal enterprise that facilitated the transnational importation and distribution of narcotics through the sale and service of encrypted communications devices.” reads the press release published by the DoJ.

The authorities also issued warrants for their arrests today

According to the indictment, Sky Global’s devices are specifically designed to prevent eavesdropping and investigation conducted by the police on criminal activities of members of transnational organizations involved in drug trafficking and money laundering.

One of the features implemented by Sky Global in its devices consists of the remote wipe of the messages in case of seizure by law enforcement.

Sky Global software is available for iPhone, Google Pixel, Blackberry, and Nokia devices. The software allows devices to communicate with each other routing the communications in a closed network managed by the firm, whose servers are located in Canada and France.

At least 70,000 Sky Global devices are used worldwide, including in the United States.

“According to the indictment, Sky Global’s purpose was to create, maintain, and control a method of secure communication to facilitate the importation, exportation, and distribution of heroin, cocaine and methamphetamine into Australia, Asia, Europe, and North America, including the United States and Canada; to launder the proceeds of such drug trafficking conduct; and to obstruct investigations of drug trafficking and money laundering organizations by creating, maintaining, and controlling a system whereby Sky Global would remotely delete evidence of such activities.” continues the DoJ.

Last week, a joint operation conducted by the European police and coordinated by Europol lead to the arrest of at least 80 people after shutting down the Sky Global Sky ECC encrypted phone network used by organized crime groups.

The police claimed to have compromised the Sky ECC network and eavesdropped on suspects’ communications.

“According to the indictment, Sky Global employees also set up and maintained shell companies to hide the proceeds generated by selling its encryption services and devices.” states DoJ.

“The indictment alleges that Sky Global generated hundreds of millions of dollars providing a service that allowed criminal networks around the world to hide their international drug trafficking activity from law enforcement,” said Acting U.S. Attorney Randy Grossman. “Companies who do this are perpetuating the deadliest drug epidemic in our nation’s history. This groundbreaking investigation should send a serious message to companies who think they can aid criminals in their unlawful activities. I want to thank the prosecutors on this case, Meghan Heesch and Joshua Mellor, as well as our federal law enforcement partners at the FBI, DEA, IRS and the U.S. Marshals Service, for their excellent work on this case.” 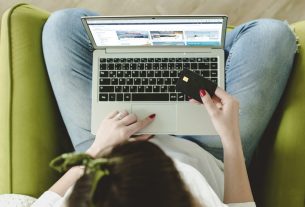