Researchers from Guardicore have spotted a new variant of the Purple Fox Windows malware that implements worm-like propagation capabilities.

Previous versions of the malware were infecting machines by using exploit kits and phishing emails, while the new samples were targeting Windows machines exposed online through SMB password brute force.

“Purple Fox was discovered in March of 2018 and was covered as an exploit kit targeting Internet Explorer and Windows machines with various privilege escalation exploits.” reads the report published by Guardicore- “However, throughout the end of 2020 and the beginning of 2021, Guardicore Global Sensors Network (GGSN) detected Purple Fox’s novel spreading technique via indiscriminate port scanning and exploitation of exposed SMB services with weak passwords and hashes.”

The Purple Fox malware was first discovered in March 2018, it is distributed in the form of malicious “.msi” packages that were found by the experts on nearly 2,000 compromised Windows servers. The installer will extract the payloads and decrypt them from within the MSI package.

According to Guardicore, the post exploitation functionality of Purple Fox hasn’t changed much.

Once a malware infected a system, the malware blocks multiple ports (445, 139, and 135) to prevent the infected machine from being reinfected or targeted by other attackers.

The malware attempt to spread by generating IP ranges and scanning them on port 445, then it will try to authenticate to SMB by performing brute attacks or by trying to establish a null session.

Once authenticated, the malicious code will create a service whose name matches the regex AC0[0-9]{1} (e.g. AC01, AC02, AC05) that will download the MSI installation package from one of the many HTTP servers.

Researchers from security firm 360 Security published a detailed analysis of the relationship between Purple Fox and the rootkit.

Experts from Guardicore published the indicators of compromise (IoCs) associated with the latest malware campaign.

Database of dark web host with 7600 websites leaked by KingNull 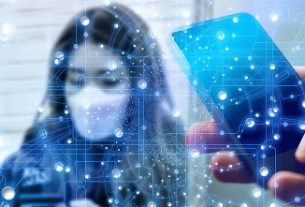