Tokyo Olympics could be a great opportunity for cybercriminals and malware authors, the US FBI warned private US companies of cyberattacks that might attempt to disrupt the 2021 Tokyo Olympics. Researchers from the Japanese security firm Mitsui Bussan Secure Directions (MBSD) discovered an Olympics-themed malware that implements wiping capabilities, The Record reported. The malicious code was specifically designed to target Japanese PCs and was detected ahead of the opening ceremony of the 2021 Tokyo Olympics.

Experts noticed that the file has been uploaded to VirusTotal from France, at the time of its discovery it was detected by multiple antivirus products as a generic threat.

The malware only targets data under the Users folder, likely because it was designed to infect users who do not have administrator privileges.

Experts also discovered that the malware targets files created with the Ichitaro Japanese word processor, a circumstance that suggests it was developed to target Japanese users.

The malware also implements evasion and anti-analysis capabilities to prevent the malicious code from being analyzed.

The malware is also able to delete itself and evidence of its presence from infected computers.

The actual attack vector seems to be a malicious executable disguised as PDF file, the malicious code was found in a Windows EXE file that was disguised as a PDF file named: [Urgent] Damage report regarding the occurrence of cyber attacks, etc. associated with the Tokyo Olympics.exe.”

“The file looks like a PDF as far as the icon is seen, but it is disguised as an icon, and when you look at the detailed display of the folder, you can see that the extension is EXE as shown below.” reads the report published by the security firm. “The main purpose of this malware is to delete the user’s files, and all the target files under <user folder> ( including subfolders ) are deleted.”

The post Japanese computers hit by a wiper malware ahead of 2021 Tokyo Olympics appeared first on Security Affairs. 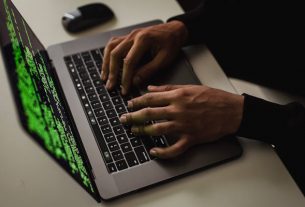