Facebook announced it will allow WhatsApp users to encrypt their message history backups in the cloud.

Facebook will continue to work to protect the privacy of WhatsApp users and announced that it will allow users to encrypt their message history backups in the cloud.

While WhatsApp has already implemented end-to-end encrypion since 2016, the company still stores backups in the cloud unencrypted.

“But now, if people choose to enable end-to-end encrypted (E2EE) backups once available, neither WhatsApp nor the backup service provider will be able to access their backup or their backup encryption key.” reads the announcement published by WhatsApp.

WhatsApp will use a unique, randomly generated encryption key to encrypt the backup, user can choose to secure the key manually or with a user password.

When the users opt for a password, the key is stored in a Backup Key Vault that is built based on a component called a hardware security module (HSM). WhatsApp pointed out that it will know only that a key exists in the HSM, bit It will not know the key itself.

If the users opt to secure the key on their own, they would need to manually enter the encryption key themselves to decrypt and access their backups.

The HSM-based Backup Key Vault will enforce password verification attempts and render the key permanently inaccessible after a limited number of failed attempts to access it. This security measure will prevent successful brute-force attacks aimed at gaining access to the key.

The E2EE backups will be available on iOS and Android in the coming weeks. 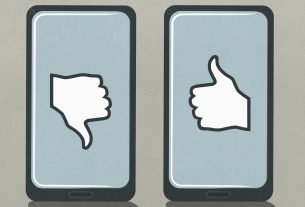 TikTok Ramps Up Defense Against US Accusations