Dutch police warn customers of a booter service, abused to carry out distributed denial-of-service (DDoS) attacks, of to stop using it to avoid prosecution.

The Dutch authorities have already contacted 29 individuals, warning them to have collected evidence of their criminal activities through the platform.

“Monday, October 11, the police sent a letter to 29 people associated with the purchase of a DDoS attack. The letter serves as a final warning. Previously, 2 searches have already been carried out in this study. The investigation continues.” reads the press release published by the Dutch police.

The recipients are individuals that have purchased the booter service offered by the website www.minesearch.rip.

“We have registered you in our system and you will now receive a final warning. If new similar facts arise in the future, we will prosecute. In that case, take into account a conviction, criminal record and the loss of your computer and/or laptop.” states the message sent to the individuals.

The investigation was launched in 2020 after a gaming provider was hit by a DDoS attack launched via this booter service. The police received dozens of reports from other victims of DDoS attacks launched from the same platform. On July 30, 2020, the police searched the homes of two suspects and seized computers and telephones. The investigation is still ongoing.

In April 2020, Dutch authorities shut down 15 DDoS-for-hire services (aka DDoS booters or DDoS stressor), the operation was conducted with the support of Europol, Interpol, and the FBI along with web hosting providers and domain registrars.

The DDoS-for-hire services allowed users to sign up and launch DDoS attacks against any system exposed online.

Authorities did not reveal the name of the 15 DDoS services.

On April 10, 2020, Dutch police also arrested a 19-year-old man from Breda, he is suspected of having shut down the websites MijnOverheid.nl and Overheid.nl by carrying out DDoS attacks on March 19.

In October 2019, a joint operation conducted by the Netherlands’ National Criminal Investigation Department and National Cyber Security Center allowed to track down and seize five servers that were composing a cybercrime underground bulletproof hosting service.

The servers were hosted at an unnamed data center in Amsterdam, it was used by tens of IoT botnets involved in DDoS attacks worldwide. The bulletproof hosting service was used to host malware and command and control systems of several DDoS botnets.

In December 2018, Dutch police also participated in an international operation against DDoS-for-hire services. 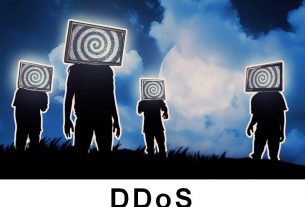