Apple warns that the mobile devices of at least nine US Department of State employees were compromised with NSO Group ‘s Pegasus spyware.

The iPhones of at least nine US state department officials were compromised with the NSO Group’s spyware Pegasus.

The US officials targeted by the surveillance software were either based in Uganda or focused on matters concerning the African country, revealed Reuters which was not able to determine which was NSO client that orchestrated the attacks.

“Apple Inc iPhones of at least nine U.S. State Department employees were hacked by an unknown assailant using sophisticated spyware developed by the Israel-based NSO Group, according to four people familiar with the matter.” reads the post published by Reuters. “The intrusions, first reported here, represent the widest known hacks of U.S. officials through NSO technology.”

NSO Group told Reuters that it is not aware of the tools used in the attacks and added it has canceled the customer accounts, anyway it declared that will investigate the incidents. NSO Group added that once the surveillance spyware is sold to a customer it is not able to know who will be the targets of the customer.

NSO announced that it will cooperate with any relevant government authority to track down the attackers.

“If our investigation shall show these actions indeed happened with NSO’s tools, such customer will be terminated permanently and legal actions will take place,” said an NSO spokesperson, who added that NSO will also “cooperate with any relevant government authority and present the full information we will have.”

In November, Apple has sued NSO Group and its parent company Q Cyber Technologies in a U.S. federal court for illegally targeting its customers with the surveillance spyware Pegasus.

“Apple today filed a lawsuit against NSO Group and its parent company to hold it accountable for the surveillance and targeting of Apple users. The complaint provides new information on how NSO Group infected victims’ devices with its Pegasus spyware. To prevent further abuse and harm to its users, Apple is also seeking a permanent injunction to ban NSO Group from using any Apple software, services, or devices.” reads the announcement published by Apple.

The legal action aims at permanently preventing the infamous company from breaking into any Apple software, services, or devices. 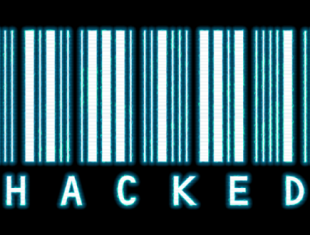