Researchers analyzed the DoubleFeature logging tool of DanderSpritz Framework that was used by the Equation Group APT group.

Check Point researchers have published a detailed analysis of the DoubleFeature tool used to log post-exploitation activities in attacks conducted by the Equation Group and involving the DanderSpritz malware framework.

DanderSpritz made the headlines on April 14, 2017, when it was leaked by the Shadow Broker hacking group along with other tools and exploits belonging to NSA’s arsenal. The leak was by the experts as “Lost in Translation” leak.

DanderSpritz has a modular structure and includes a wide variety of tools for persistence, reconnaissance, lateral movement. The tool also includes features to bypass Antivirus engines and perform other malicious activities.

The core functionality of DanderSpritz is included in the file DszLpCore.exe in the windows/bit path, DoubleFeature is one of the plugins used by the attack framework.

The analysis of this core components could allow the incident response team to analyze the compromise of their infrastructure.

“According to its own internal documentation, this plugin “Generates a log & report about the types of tools that could be deployed on the target”; a lot of the framework tools, in their own internal documentation, make the chilling claim that DoubleFeature is the only way to confirm their existence on a compromised system. After some pause, we figured that at least this means DoubleFeature could be used as a sort of Rosetta Stone for better understanding DanderSpritz modules, and systems compromised by them.” reads the analysis published by Check Point. “DoubleFeature effectively, well, doubles as a diagnostic tool for victim machines carrying DanderSpritz”

DoubleFeature is a dashboard written in Python that also works a reporting utility to exfiltrate the logging information from the infected systems. The cyber spies can view the log file using a specialized software dubbed DoubleFeatureReader.exe, which can be available in the plugin’s tools directory.

DoubleFeature monitors differed plugins such as remote access tool UnitedRake (tracked by Kaspersky as EquationDrug) and PeddleCheap, a the StraitBizarre backdoor. The logging tool also monitor an espionage platform called KillSuit (aka GrayFish), and other tools known as FlewAvenue and DiveBar.

StraitBizarre (SBZ) is a backdoor used for stealthy data exfiltration which is performed over the a custom protocol dubbed FriezeRamp. KillSuit is a plugin used to run other plugins on the infected system, providing a framework for persistence and evasion.

“Sometimes, the world of high-tier APT tools and the world of ordinary malware can seem like two parallel universes,” concludes Check Point experts. “Nation-state actors tend to [maintain] clandestine, gigantic codebases, sporting a huge gamut of features that have been cultivated over decades due to practical need. It turns out we too are still slowly chewing on the 4-year-old leak that revealed DanderSpritz to us, and gaining new insights.” 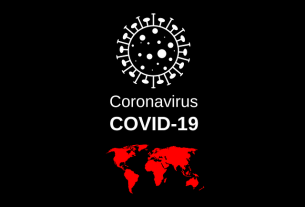