Distributed Denial-of-service (DDoS) attacks decreased slightly in 2021 but are becoming larger and more complex in nature, an analysis from F5 has found. Data showed a 3% year-on-year decline in the overall volume of attacks recorded in 2021. However, while volume may have declined, the severity of attacks ramped up markedly over the course of the year. By Q4 2021, the mean attack size recorded was above 21 Gbps, more than four times the level … More → 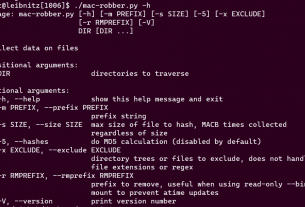