According to Binding Operational Directive (BOD) 22-01: Reducing the Significant Risk of Known Exploited Vulnerabilities, FCEB agencies have to address the identified vulnerabilities by the due date to protect their networks against attacks exploiting the flaws in the catalog.

Experts recommend also private organizations review the Catalog and address the vulnerabilities in their infrastructure.

Last week security and application delivery solutions provider F5 released its security notification to inform customers that it has released security updates from tens of vulnerabilities in its products.

The company addressed a total of 43 vulnerabilities, the most severe one is a critical issue tracked as CVE-2022-1388 (CVSS score of 9.8). An unauthenticated attacker with network access to the BIG-IP system through the management port and/or self IP addresses can exploit the CVE-2022-1388 flaw to execute arbitrary system commands, create or delete files, or disable services.

“This vulnerability may allow an unauthenticated attacker with network access to the BIG-IP system through the management port and/or self IP addresses to execute arbitrary system commands, create or delete files, or disable services. There is no data plane exposure; this is a control plane issue only.” reads the advisory published by the vendor.”

The flaw affects the following versions:

and the vendor addressed it with the release of:

The company provided the following temporary mitigations for customers that cannot install the patched versions:

Researchers from Positive Technologies and Horizon3 Attack Team developed their own exploit code for CVE-2022-1388 and explained that the issue is trivial to exploit.

In most of the attacks, threat actors exploited the issue to drop webshells, but BleepingComputer reported that the F5 BIG-IP vulnerability was also exploited to wipe devices. 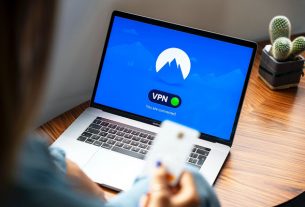