SideWinder, an aggressive APT group, is believed to have carried out over 1,000 attacks since April 2020, Kaspersky reported.

Researchers from Kaspersky have analyzed the activity of an aggressive threat actor tracked as SideWinder (aka RattleSnake and T-APT-04). The group stands out for the high frequency and persistence of its attacks, researchers believe that the APT group has carried out over 1,000 attacks since April 2020.

SideWinder has been active since at least 2012, the group main targeted Police, Military, Maritime, and the Naval forces of Central Asian countries. In most recent attacks, the threat actors also targeted departments of Foreign Affairs, Scientific and Defence organisations, Aviation, IT industry and Legal firms.

The threat actor maintains a large C2 infrastructure composed of more than 400 domains and subdomains that were used to host malicious payloads and control them.

The experts observed some newly registered domains that were likely used to expand the list of targets in other countries.

Below is the multi-level attack chain, the final payload is a backdoor that allows attackers to take over the infected systems.

Experts also detailed command and control domains used in the final stage of the attacks. The URLs used for C2 communications for these domains are split into two parts:

Below are the slides presented by the Kaspersky researcher Noushin Shabab at the BlackHat Asia 2022:

Security Affairs is one of the finalists for the best European Cybersecurity Blogger Awards 2022 – VOTE FOR YOUR WINNERS. I ask you to vote for me again (even if you have already done it), because this vote is for the final.

Please vote for Security Affairs and Pierluigi Paganini in every category that includes them (e.g. sections “The Underdogs – Best Personal (non-commercial) Security Blog” and “The Tech Whizz – Best Technical Blog”)

The post SideWinder carried out over 1,000 attacks since April 2020 appeared first on Security Affairs. 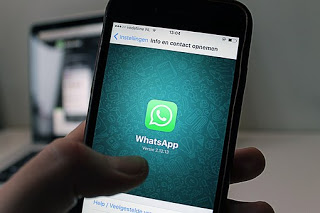 WhatsApp May Oppose the Demand for Traceability of Messages