The Federal Communications Commission (FCC) issued an alert to warn Americans of the rising threat of smishing (robotexts) attacks aimed at stealing their personal information or for financial scams.

“The FCC’s Robocall Response Team is alerting consumers to the rising threat of robotexts. Substantial increases in consumer complaints to the FCC, reports by non-government robocall and robotext blocking services, and anecdotal and news reporting make it clear that text messages are increasingly being used by scammers to target American consumers.” reads the alert published by FCC.

Threat actors use multiple lures to trick victims into providing their information or sending them money. SMS used by the attackers include false-but-believable claims about unpaid bills, package delivery snafus, bank account problems, or law enforcement actions against the victims.

In some cases, the information collected as part of these smishing attacks may be used in future scams. The alert recommends Americans don’t respond or click on any links in the message.

“In addition, some independent reports estimate billions of robotexts each month – for example, RoboKiller estimates consumers received over 12 billion robotexts in June.” continues the alert.

To defend against smishing attacks, FCC provides the following recommendations:

“If you think you’re the victim of a texting scam, report it immediately to your local law enforcement agency and notify your wireless service provider and financial institutions where you have accounts,” states the FCC. “For more information about scam calls and texts, visit the FCC Consumer Help Center and the FCC Scam Glossary.”

The post US Federal Communications Commission (FCC) warns of the rise of smishing attacks appeared first on Security Affairs. 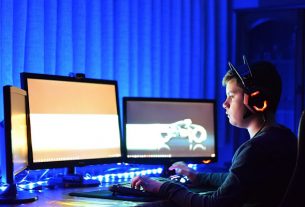 66,000 Gamers Exposed due to Cloud Misconfiguration