The personal mobile phone of British Prime Minister Liz Truss was hacked by cyber spies suspected of working for the Kremlin, the Daily Mail reported.

According to the British tabloid, the cyber-spies are believed to have gained access to top-secret exchanges with key international partners as well as private conversations with his friend, the British Conservative Party politician Kwasi Kwarteng.

“Liz Truss’s personal mobile phone was hacked by agents suspected of working for the Kremlin, The Mail on Sunday can reveal.” read the report published by Daily Mail. “One source said that the phone was so heavily compromised that it has now been placed in a locked safe inside a secure Government location.”

The cyberspies compromised Truss’s phone during the summer’s Tory leadership campaign when Ms. Truss was Foreign Secretary. Boris Johnson, who was Prime Minister at the time, and the Cabinet Secretary, Simon Case decided to keep secret the hack.

Some of the messages obtained by the cyberspies included criticisms Ms. Truss made of Mr. Johnson, these messages could have been used to blackmail the politician.

In response to the hack, Ms Truss was forced to change her mobile number shortly before becoming Prime Minister.

“It is not a great look for the intelligence services if the Foreign Secretary’s phone can be so easily plundered for embarrassing personal messages by agents presumed to be working for Vladimir Putin’s Russia.” continues the Tabloid.

The incident caused apprehensions within the British government whose representatives are still concerned about the consequences of accessing and disclosing information obtained through the attack.

“This is extremely serious – it shows the severity of the threats from countries that would do us harm and why cyber-security needs to be taken so seriously by everyone in Government. We need to know that the Government recognises the gravity of this.” Shadow Home Secretary Yvette Cooper said.

A Government spokesman attempted to downplay the incident, explaining that the government has robust measures to protect its infrastructure from cyber threats.

“We do not comment on individuals’ security arrangements. The Government has robust systems in place to protect against cyber threats. That includes regular security briefings for Ministers, and advice on protecting their personal data.” said the spokesman. 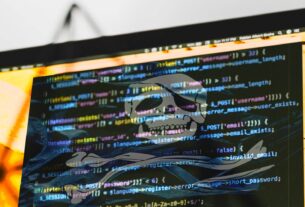 DDoS Attacker Who Ruined Gamers' Christmas Gets 27 Months in Prison