The Pro-Russia group of hacktivists Killnet claimed responsibility for the DDoS attack that today took down the website of the European Parliament website.

“KILLNET officially recognises the European Parliament as sponsors of homosexualism,” states the group.

The attack was launched immediately after lawmakers approved a resolution calling Moscow a “state sponsor of terrorism“.

“The European Parliament is under a sophisticated cyberattack. A pro-Kremlin group has claimed responsibility,” said parliament’s president, Roberta Metsola. “Our IT experts are pushing back against it and protecting our systems. This, after we proclaimed Russia as a State-sponsor of terrorism. My response: #SlavaUkraini (Glory to Ukraine).”

The Director General for Communication and Spokesperson of the European Parliament, Jaume Dauch, also confirmed the attack via Twitter.

European Pirate Party MEP Mikulas Peksa reported that “there are reports that the pro-Russian hacking group Killnet has claimed responsibility for the attack”.

“If these reports are true, this is a massive attack on European democracy that will require further action,” he added.

MEPs call for the further international isolation of Russia due to its aggression to Ukraine and the ongoing escalation of the attacks against civilians.

“Parliament calls on the European Union to further isolate Russia internationally, including when it comes to Russia’s membership of international organisations and bodies such as the United Nations Security Council. MEPs also want diplomatic ties with Russia to be reduced, EU contacts with official Russian representatives to be kept to the absolute minimum and Russian state-affiliated institutions in the EU spreading propaganda around the world to be closed and banned.” states the press release published by the EU Parliament. “Against the backdrop of the Kremlin’s escalating acts of terror against Ukrainian civilians, the resolution further calls on EU member states in the Council to swiftly complete its work on a ninth sanctions package against Moscow.”

In October, the pro-Russia hacktivist group ‘KillNet‘ claimed responsibility for massive distributed denial-of-service (DDoS) attacks against the websites of several major airports in the US. The DDoS attacks have taken the websites offline, users were not able to access them during the offensive.

KillNet has previously targeted many other countries that condemned the Russian invasion of Ukraine, including Italy, Romania, Estonia, Lithuania, and Norway.

Italian readers can read my comment to the Italian Press Agency ANSA.

The post Pro-Russian group Killnet claims responsibility for DDoS attack that has taken down the European Parliament site appeared first on Security Affairs. 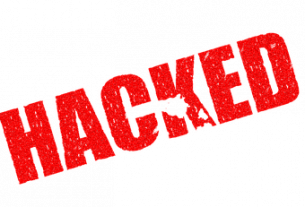